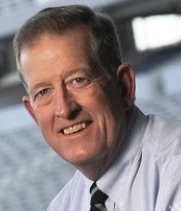 “We were very glad Susan wrote it and the reception of the book has warmed our hearts.” — Karen Stewart, wife of Bill Stewart

“I was struck by the amount of research the author did to make this book come alive. This is the autobiography the late Stewart was unable to write.” –John Antonik, WVUSports.com

WEST VIRGINIA NATIVE BILL STEWART rose through the college football coaching ranks beginning his Division I career in 1980 at Marshall University in Huntington, WV. In 2000, after nearly 20 years away from his home state, he came back as Don Nehlen’s quarterback coach at West Virginia University.

Bill was one of only two coaches retained by new head coach Rich Rodriguez in 2001, and he stayed on staff primarily as Rich’s quarterback coach and special teams coordinator. When Rich made his move to the University of Michigan, Bill was named WVU’s interim head coach for the 2008 Fiesta Bowl against the 3rdranked University of Oklahoma. Following an historic WVU upset of Oklahoma, Bill Stewart was named WVU’s 32nd head football coach.

During his time as WVU’s head football coach, Bill endeared himself to many who got to know him. In addition to his vast knowledge of  action ac the game he was known as a great motivator (Leave No Doubt) and a great storyteller. This book is filled with Bill’s stories on everything from growing up in New Martinsville, through his early coaching stops, to his decisions as head coach. It is Bill Stewart, in his own words.

The hardback version is available in our online store ($25).
The paperback format ($18) and Kindle format ($10) are available at Amazon.com 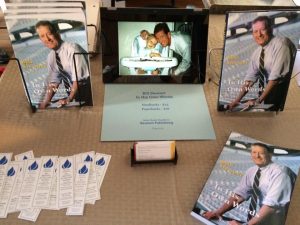 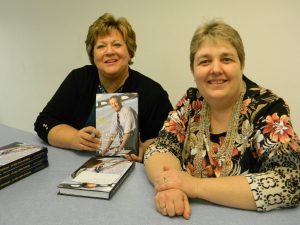 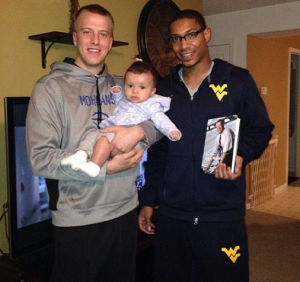 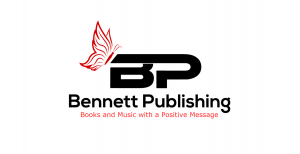